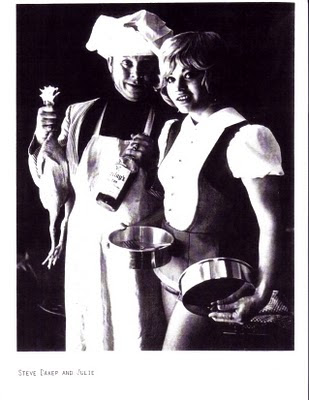 Before I settled on one style of performing, Escapes, I was like many performers in the magic field, I did a lot of different things. One of those things was comedy magic. Even after I went to an all escape show, there was plenty of comedy in my program. The TV spots I did never reflected any of that, they only captured the serious side or the dangerous side of my character.

I loved doing comedy magic and comedy in general. One of my favorite comedy magic routines was something called "Chicken Surprise".  I combined elements of a drunk act and a cooking segment together with magic and became a chef who gradually got drunk as he was doing a cooking instruction.

It was my most requested non-escape performance piece. To the best of my knowledge, no video remains of that wonderfully fun routine.